In other news (and the above will make sense in a minute), I have an announcement to make, and THIS, my friends, is MAJOR.

Though I am technically going off the market my lovey doves, this does not mean I will discontinue to reveal my secrets from the dating world. Pfff! Married people still go on dates. So, this does NOT mean things in Ms. Cheevious-land will come to a screeching halt. And considering Nuggie and I have been living together for about five years, and I’ve still been able to maintain some semblance of humor about dating, fun, life and it’s crazy moments… well there you go. I’ve bamboozled you this whole time (insert evil laugh).

This leads me to a little conversation Nuggie and I had last week. I was complaining once again about chicks (not the baby chicken variety, but CHICKS, people. WOMEN. GIRLS.). I was complaining because chicks are such high maintenance. (yes… you can tweet that if you must). It’s probably why I don’t have many female friends. They come into my life, and then seem to promptly exit when the shit gets real. I simply don’t have time for Flaky McFlakelsteins, or Neurotic McNeurotic-al-Stiltskins… and I definitely don’t have the patience for anyone who doesn’t work to change or improve their lives (and stop being loony). Plus, there is that whole “how can you soar with eagles, when you’re surrounded by turkeys” thing I like to keep in mind.

I don’t always get it, but women constantly show me just how neurotic and touchy they can be. You can’t ALWAYS blame hormones ladies! Come ON.

It’s like it’s hardwired into them to short circuit regularly. They’re just so FREAKING touchy. I am ONE OF THEM, and even I can’t figure them out! Poor GUYS! (you can tweet that one too)

So, I’d been through some sort of nonsensical dramatic discussion with a gal pal, and was whining about it (the female irony doesn’t escape me here… me, neurotically complaining about chicks and their weird neuroses), when I said, exasperated, “CHICKS!”

To which Nuggie replied, “You’re preaching to the choir here.”

The rest of our little exchange went something like this (and yes… we rip off Star Wars whenever we can):

Nugget: But you aren’t like other chicks, baby! That’s why we’re doing this WEDDING thing. You Bamboozled me!

Me: No… I bamboozled you for the KEY… (I was the first female to ever have a key to Nuggie’s apartment)

Me: You mean, “The bamboozle is strong in that one?”

Nugget: Yes… but it’s “The Bamboozle is strong with that one.”

Yes, even Yoda would be proud. And now… a wedding. And yes… pigs do fly.

Register to receive these posts once a week by email and get my eBook “Ahhhhh…Haaaaaa Moments with Ms. Cheevious” for FREE as a result (a minimum $3.99 value). Registration is on the right side bar of every blog post on MsCheevious.com, or on our Facebook page. See you next time.

I PERFECTED THE WALKAWAY AFTER THIS…

A few weeks ago, M.C. Nugget and I (along with his friend Bogey) attended a star-studded wedding party. It was the wedding of the guy who directed a film Nuggie and Bogey wrote back in the day. Now… when I say star-studded, I mean, the couple hired a TON of quasi-famous people to perform or participate in the wedding “after-party.”  We were only invited to the after-party, because the couple opted for this, rather than a huge formal wedding and reception (their actual nuptials were the day before the party, with select friends and family).

Bacall, Bogey’s main squeeze, couldn’t make it, but she put out a challenge to anyone who could spot an ice sculpture first.

I thought that was interesting. It’s not like I think “ice sculpture” when I think wedding. But meh… who am I to think of weddings anyway?

It was extravagant. It felt like we were at the Golden Globes.

Did I mention, we decided we’d rather go to this kind of wedding after-party all day long, then attend the formal wedding of people we don’t really know well?

Suffice it to say – we had F*U*N people. Open Bar, Delicious-Food-A-Plenty… What more could we ask?

How about the friggin BRIDE learn some manners??

To be fair, after my second martini, I decided to go up to the bride (whom I’d met very briefly ONCE) to let her know I approved of her dress. Because, this would be a treat for any bride on her special day, to know that I, Ms. Cheevious, approved. Right?

I walked up to her, tapped her on the shoulder, reminded her of how we met, and said,

I love your dress. It’s GORGEOUS!

Yeah… she was dumbfounded. She said thanks, and  sort of turned her back to me to talk to the other five hundred people clamoring for her attention.

The problem is… well… THERE I WAS, standing there. AWKWARDLY.

So what does one do, when one is turned away from suddenly?

The WALKAWAY people. The F-ing, Tail-between-the-leg-over-perceived-rejection-where-there-is-none WALKAWAY. I’m an expert now. I PERFECTED that mother-fucker. Yes. I said the F word.

But look at the pretty pictures of what this party was like!

It started like any other star-studded event in Hollywood… with a red carpet. 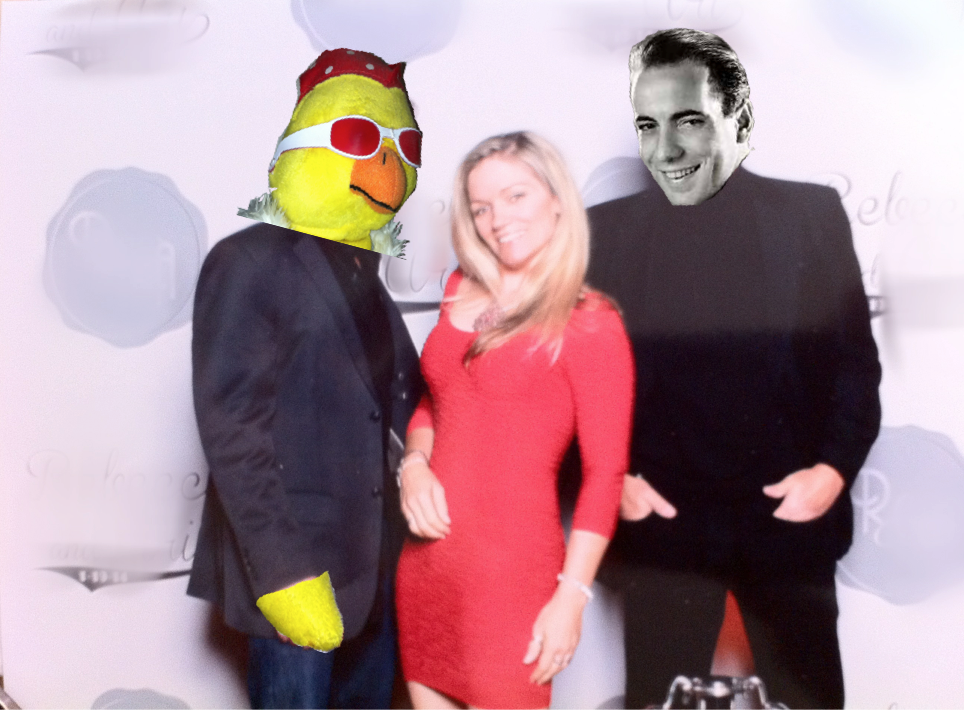 Then, the FIRST thing we saw upon entry, was this beautiful, elaborate …. 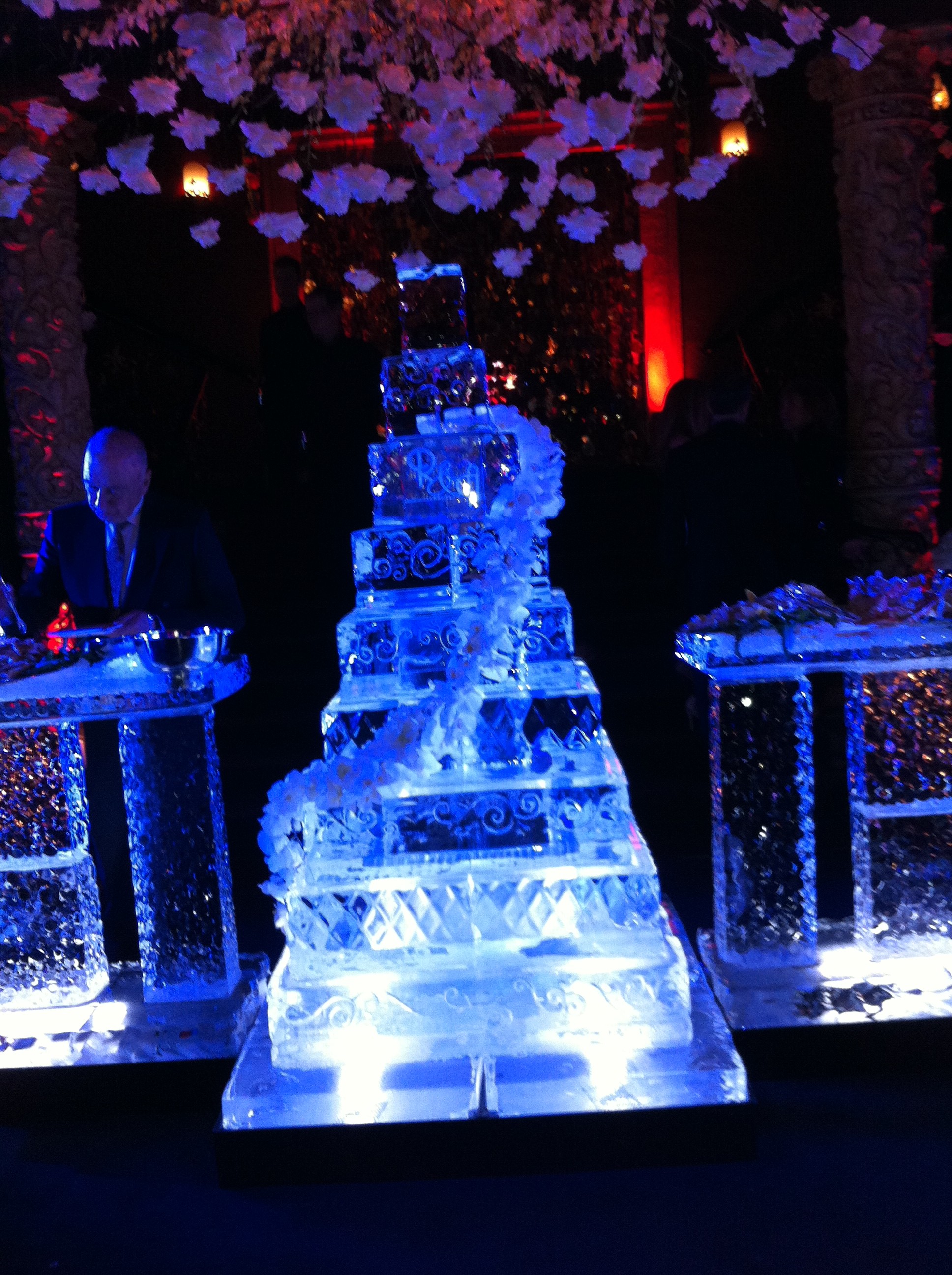 ICE SCULPTURE (that Bacall is one WISE SAGE)!!! 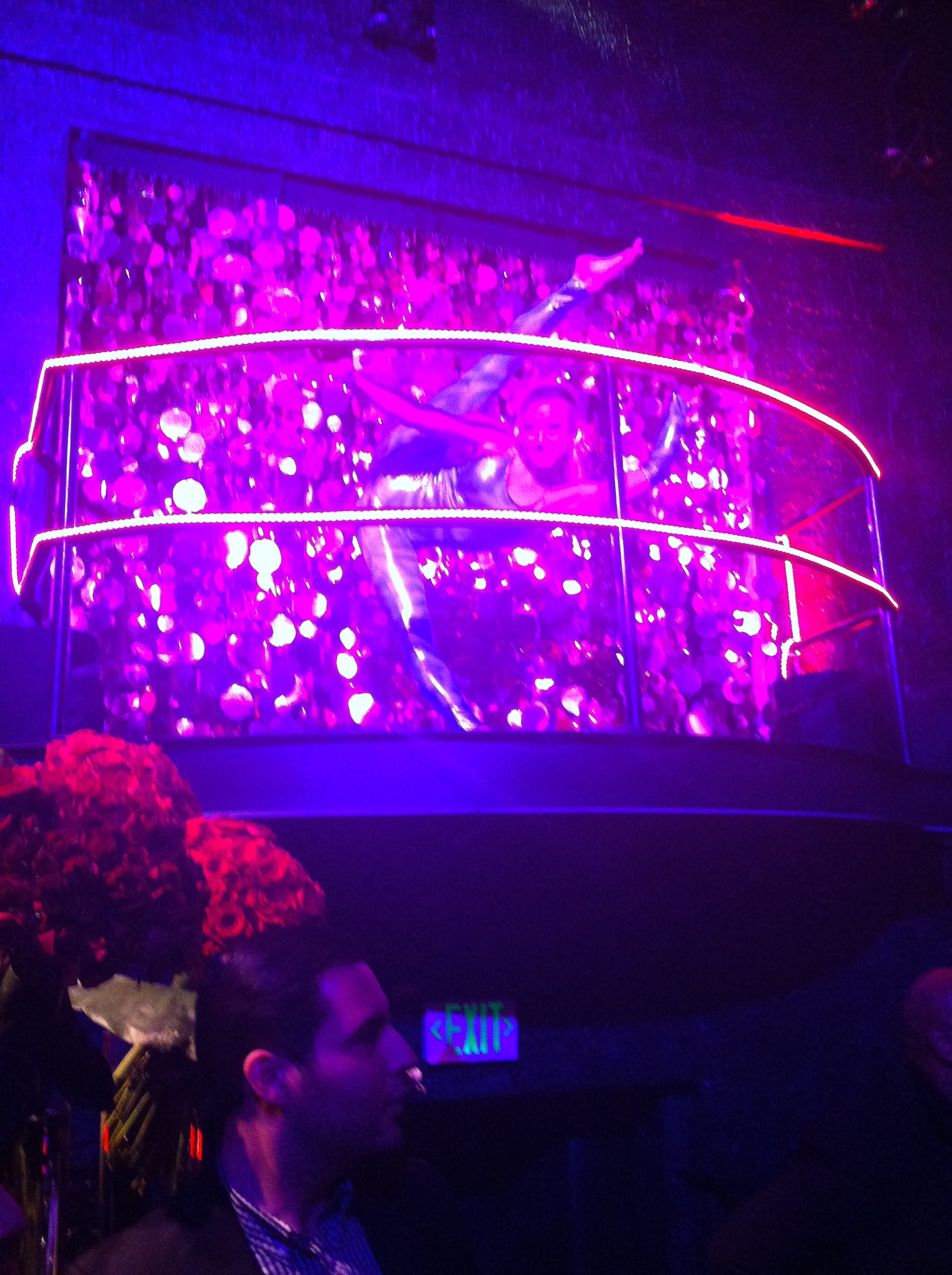 These girls below did an AWESOME burlesque number: 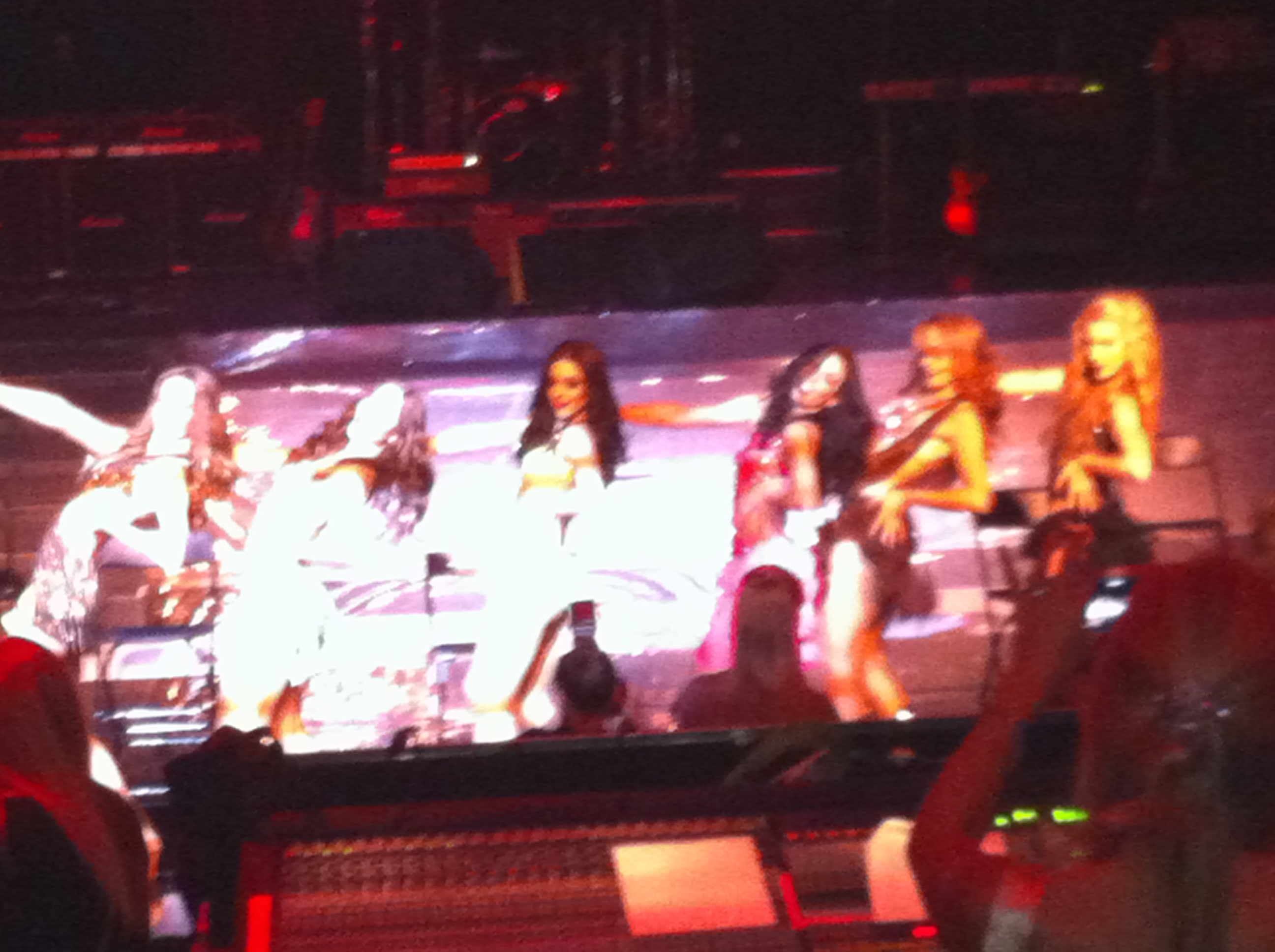 This gal’s job? Just stand there and look confused and bewildered: 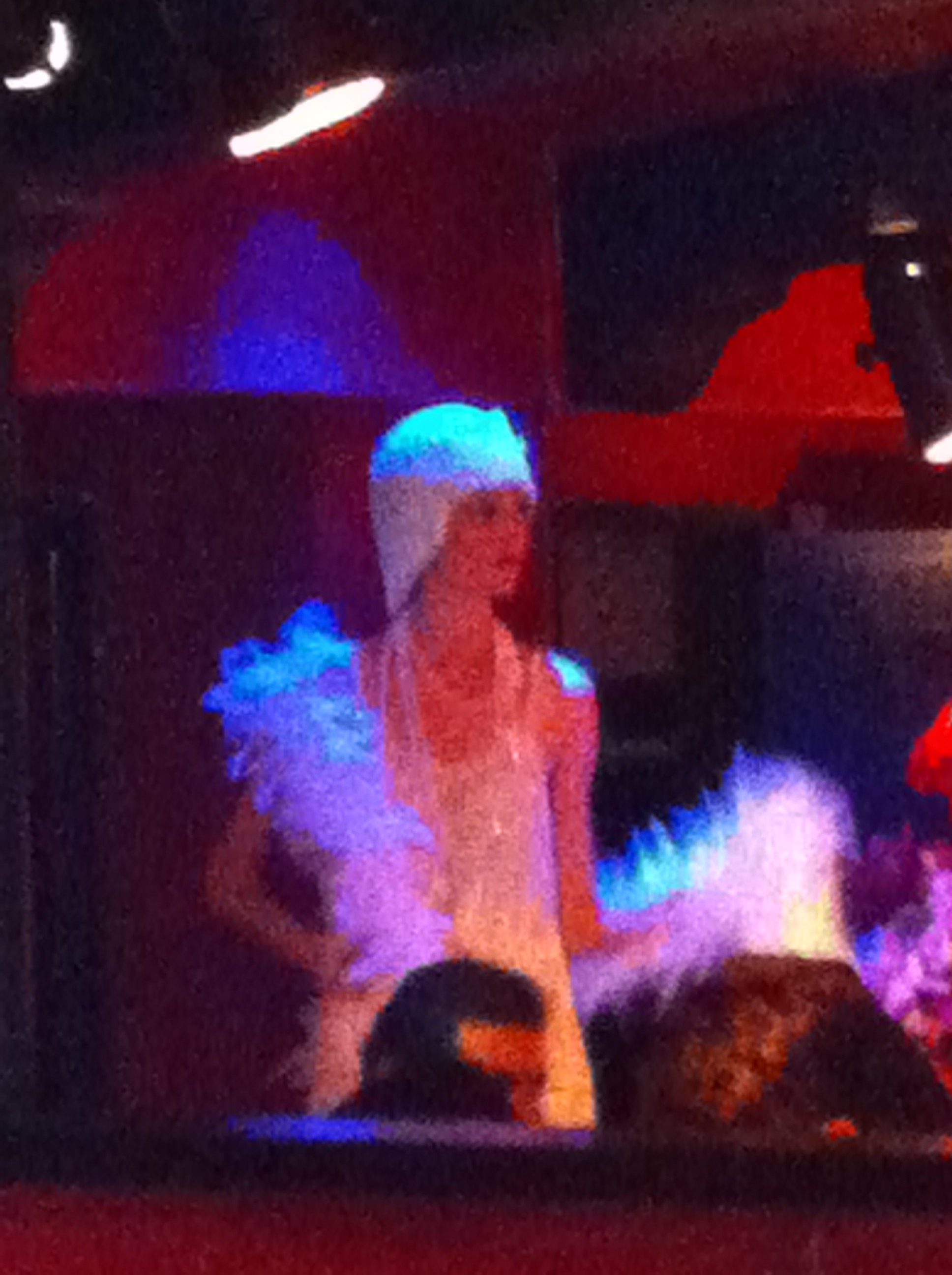 One cannot have a star-studded Hollywood wedding without a little contortion. Just sayin’. 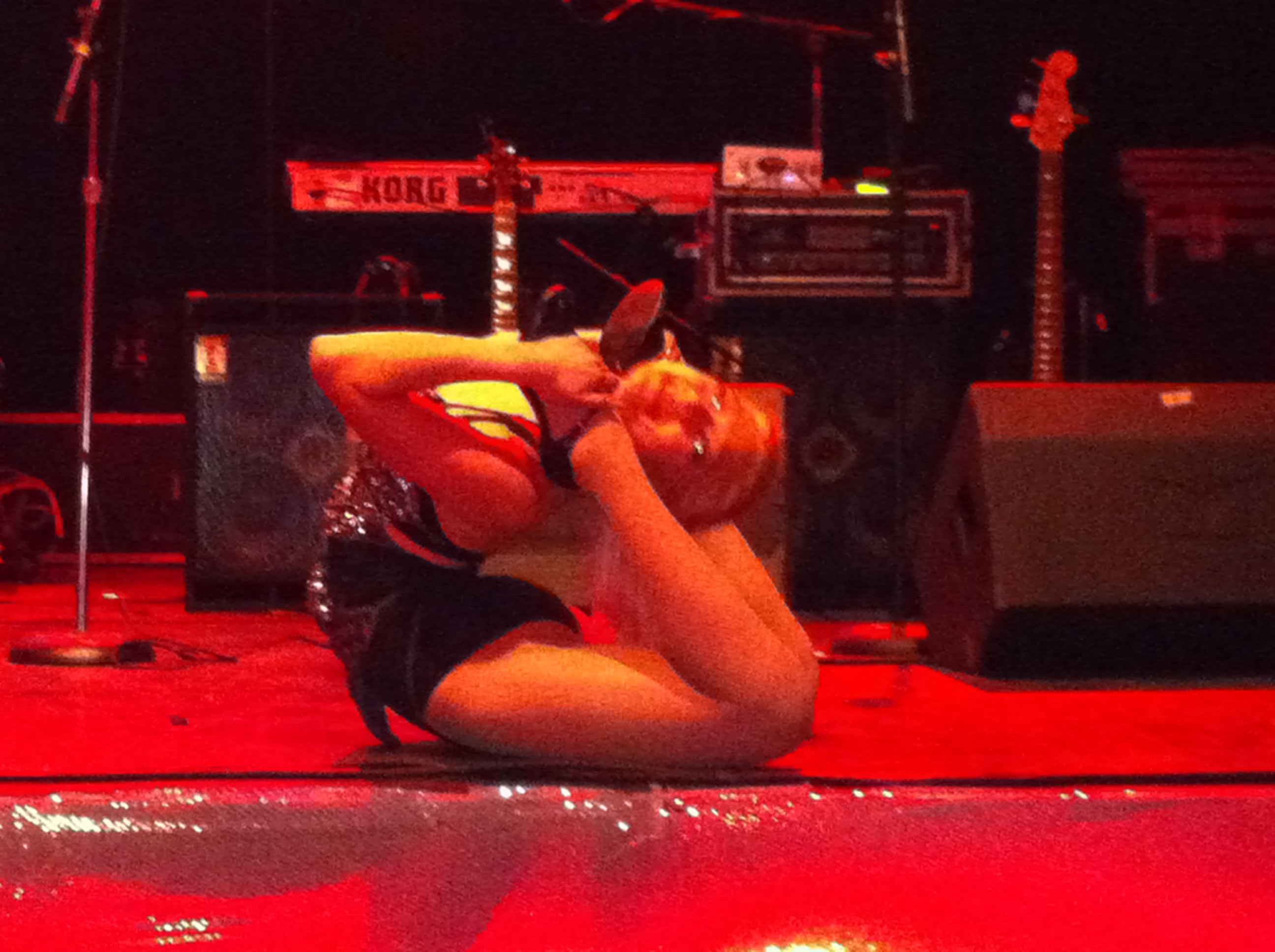 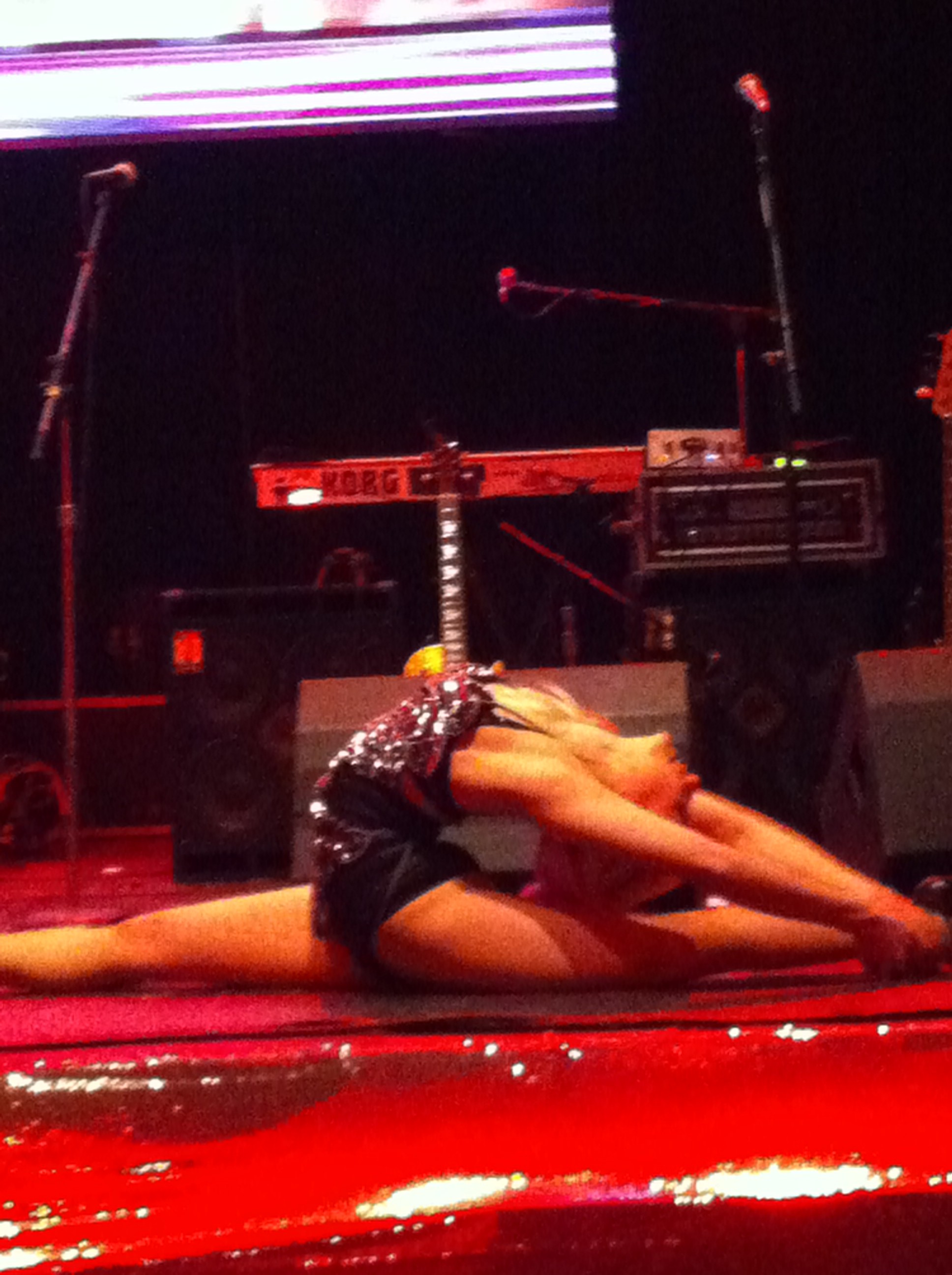 They also had not one, but TWO of the Dancing with the Stars couples performing a few of their numbers. And I know Chelsie Hightower which made it even cooler… I was so glad to see her, I emailed her on the spot to say “You’re here? Woot!” 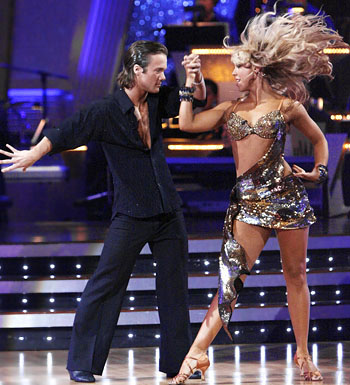 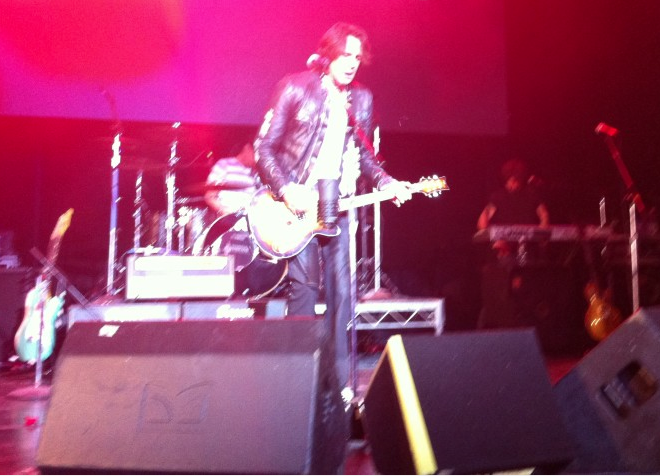